The Press & The Magazine

Litmus publishing is a new press exploring the interaction between poetry and science. Each magazine will explore a different theme and feature poetry, visual art and essays. Litmus publishing is also open to submissions, by invitation only, from writers who have a full length collection or pamphlet on a scientific theme. In the first instance, please send a sample of 12–15 poems and a covering letter to submissions@litmuspublishing.co.uk 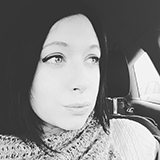 is the author of four poetry publications: Bettbehandlung, (Muscaliet Press, 2018), Umwelt (Leafe Press, 2016), Ephemeris (Nine Arches Press, 2014), and Places of Articulation (dancing girl press 2014). She is the founding editor of Litmus, and is interested in the tensions, challenges and outcomes arising from interdisciplinary engagement. She has read her work to audiences at Université Sorbonne, Ivy Writers, Paris, the Science Museum, the Wellcome Trust, the Barbican, the Roundhouse, BBC Radio Kent, and the Union Chapel, and has contributed on improvised collaborations, notably with synthesizer, Matthew Bourne. Recent poetry and reviews appear in Westerly Magazine, Glasfryn Project and Modern Philology. She teaches Creative Writing at the University of Kent. 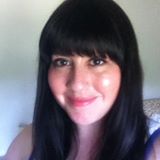 is a writer, researcher and lecturer specialising in twentieth century visual culture, experimental film, and synaesthesia. She recently received her PhD from the London Consortium, Birkbeck College, with a thesis exploring the embodied use of materials, apparatuses and devices in the production of cinematic spectacle. In 2011, Elinor programmed a season of events and screenings at BFI Southbank commemorating the 50th anniversary of the death of avant-garde filmmaker Maya Deren. She has given invited talks on Deren's filmmaking at Camden Arts Centre, Nottingham Contemporary and Tate Modern, and regularly lectures on visual art, performance and cultural studies at the University of Brighton and Central St Martins. Elinor is currently facilitating a research project exploring the scholarly and artistic implications of a rare neurological condition, mirror-touch synaesthesia, at the Ruskin School of Drawing and Fine Art, University of Oxford.